AREA21 have released their long-awaited debut album Greatest Hits Vol. 1. The album is a culmination of not only the 12 songs written, produced and performed by acclaimed DJ/producer Martin Garrix and Producer/songwriter Maejor, who between them have worked with some of music’s biggest artists including Bono, G-Eazy, Justin Bieber, Dua Lipa and Khalid, but also a global visual project in the form of a series of videos by award-winning animation studio Titmouse, Inc. (Dua Lipa, Run the Jewels) which took 9 months to complete, with work by 60 artists from 10 countries. This album also marks the first album release by AREA21 co-creator Garrix.

Maejor: ‘’It was really important for us to have a full body of work because there’s so much stylistic range on the album. I feel like if we had the pressure to compress it into something smaller, it wouldn’t have worked.’'

Martin Garrix: ‘’I’ve never released this many songs before at the same time, so I’m nervous about it. But that nervousness gets overshadowed by excitement, adrenaline and passion. This project means so much to us both musically and conceptually. I’ve had some of the best moments of my life working on these songs and we can’t wait to finally share them with the world.’’

Over the past 9 months, AREA21 have released a series of songs and videos detailing the interstellar adventures of Garrix and Maejor’s alien alter egos, M & M, with a narrative that tackled some of life’s biggest questions and transformed them into music that’s thought-provoking and relatable. In fact, it was M & M who inspired the album title.  Notes Maejor, “When the aliens first came to Earth, all of their favorite albums had the title ‘Greatest Hits.’ They didn’t know you were supposed to have many albums out before you made a greatest hits album.” Greatest Hits Vol. 1  includes previous releases such as “La La La,” “Lovin’ Every Minute,” “Own The Night” and “Followers,” but also sends 6 brand new tracks into the stratosphere including the lead single and latest in the series of animated videos ‘Time Machine.’

In ‘Time Machine’ they contemplate going back to relive simple moments of their youth, but in the end realize that enjoying life in the moment is most important. The video mirrors this sentiment with a wistful look back at alien travelers M & M’s early years as well as a recap of their journey so far here on earth and features the characters they’ve met along the way including a Marvel-style group shot at the end as the M & M spaceship takes off.  Where they’re headed will be revealed in the next chapter. Stay tuned.

Our debut album Greatest Hits Vol. 1 is out now and we hope you enjoy it! 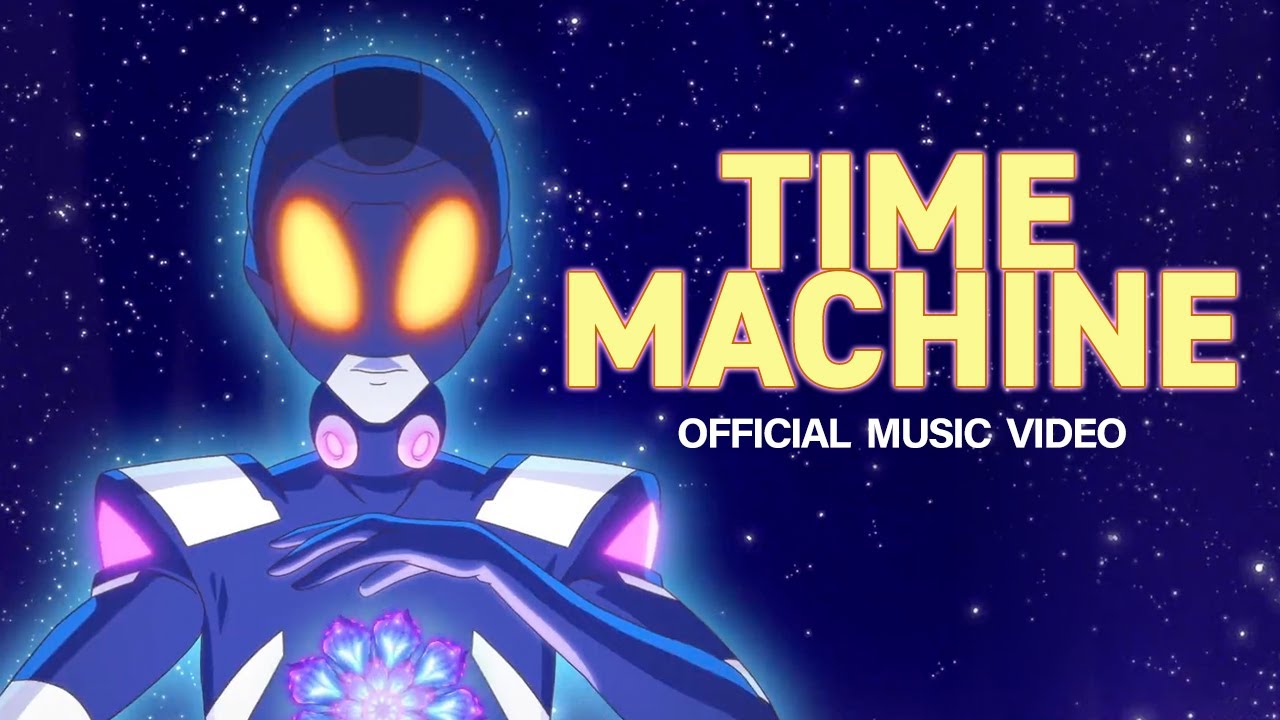