"Hero" explores a new side of the ever-diverse Garrix, with a mysterious, ominous, pumping sound where JVKE’s vocals perfectly blend in.

In collaboration with Nuverse, Second Dinner and MARVEL Entertainment, today superstar DJ/Producer, Martin Garrix, and multi-talented viral singer, songwriter, and producer JVKE released their new MARVEL SNAP anthem track ‘Hero’, supported by a superhero-studded animated music video. In this mind-melding adventure video, inspired by the hit game, MARVEL SNAP, epic Marvel love stories are used to explore the trials and tribulations of falling in and out of love.

In the video, JVKE falls deep into thought and imaginative exploration when he gets an all too familiar "Can we talk?" text from his ex-girlfriend, Georgia. Throughout the video, JVKE explores the highs and lows of a relationship through fan favorite Marvel pairs including Spider-Man & Mary Jane, Storm & Black Panther, and Vision & Scarlet Witch.

‘Hero’ explores a new side of the ever-diverse Garrix, with a mysterious, ominous, pumping sound where JVKE’s vocals perfectly blend in. The song already raised anticipation around the world when Garrix announced its release a couple of weeks ago.

Martin Garrix: ‘’I’m super honored to be a part of this project. I love exploring new territories with my music, and I’m really excited the song is finally out today.’’

The immersive music video was crafted by the award-winning London-based animation studio, The Line Animation.The video will be shown at tonight’s The Game Awards, where MARVEL SNAP  is nominated for the Best Mobile Game award. MARVEL SNAP launched in October to critical acclaim, and quickly became one of the year’s top downloaded and highest rated games in the world.

My new song Hero together with JVKE is out now!! 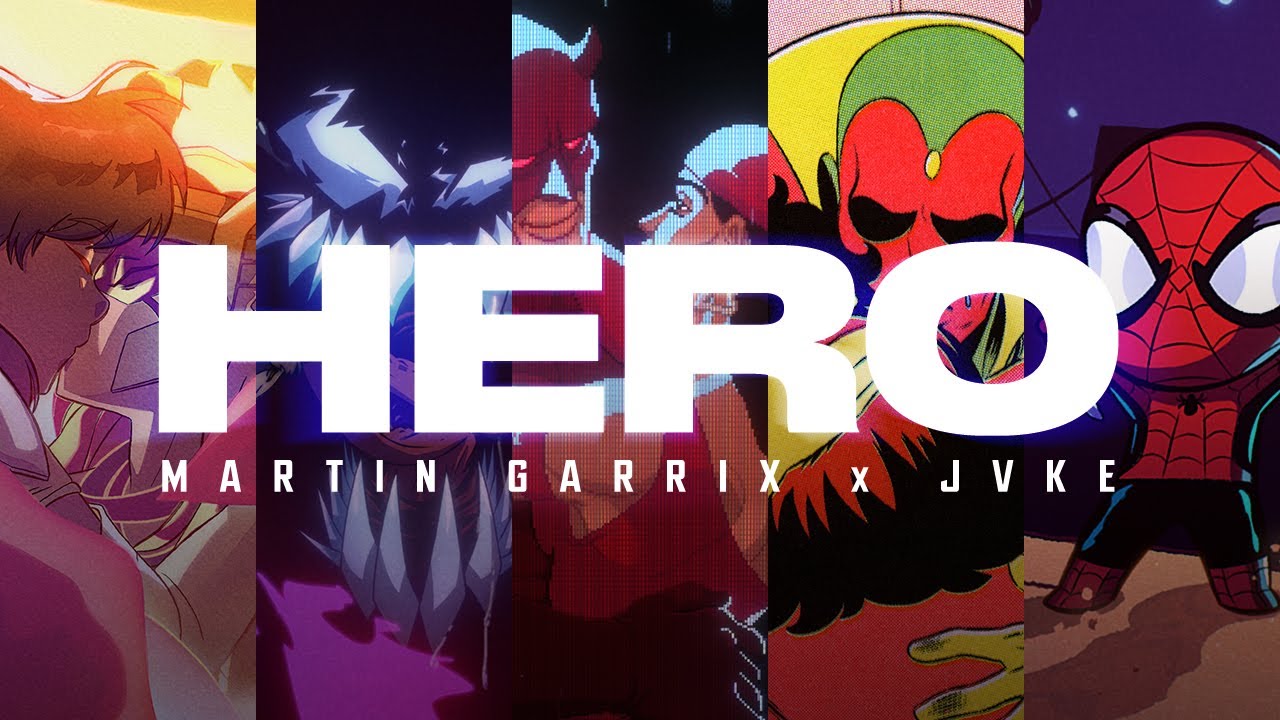